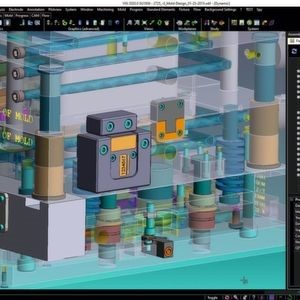 USA-based Progressive Components from Wauconda, Illinois, has been providing free CAD geometry to mould designers for nearly 30 years, having continually add new products and file formats over the whole time.

The latest, which expands Progressive’s CAD library further, is new file formats, including VISI CAD — one of the globe’s leading PC-based CAD/CAM software solutions for the mould and die industry, the company recently announced.

Company President Glenn Starkey notes: “Our roots are in mould design.” He stated that the company has been offering CAD geometry for mould designers to integrate into their library since the business began. “This collaboration with VISI goes one step further — enabling our customers to take full advantage of the parametric advantages of full integration with a software provider,“ Starkey added.

Progressive’s internal mould design team partnered with VISI experts to develop the complete Progressive Components catalogue, which has over 7,000 product SKUs in VISI format that make it the most extensive new CAD offering to date, according to the company. Several new features added to VISI CAD, include the option to add standard componentry using built-in VISI functions, automatic updates to the assembly manager and the BOM with ordering information for purchasing, and the ability to insert “Rapid Tooling Inserts and Accessories”.